In May 1888, the courts of Berks County, place on the ballot, a division of Alsace Township into 2 parts – the southern section to be named Lower Alsace and the north to remain as Alsace Township. The court order was signed by Judge James N. Ermentrout, that Lower Alsace shall become a separate government. 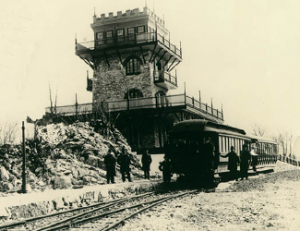 The history of Lower Alsace shows the Lenni-Lenape Indians were the first occupants. By 1710, a group of Germans settled here. Lower Alsace has been a rural community with orchards, vineyards, small farms and many resort stops and picnic groves that dot the Mt. Penn mountain. Some resorts still remain from the Gravity Trolley Railroad route (1888-1923) that ran through this mountain carrying many visitors per season to enjoy the offerings along with the fresh and peaceful mountain air. Resorts such as Eagle Mountain Home, Mountain Springs Association and the former Steigerwald’s Winery on Hill Road Egelman’s Park, Antietam Lake and the Tower and Skyline Drive areas. 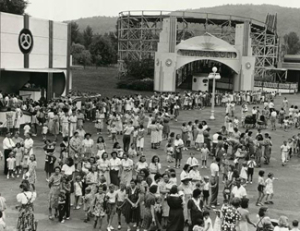 The industry that was once prominent has declined over the years as the township developed. The suburban boom of the 1920’s and 1930’s brought on intense residential development in the Pennside and Stony Creek areas. Around this sparked the well known Amusement Park named “Carsonia Park”. Trolleys flowed down Carsonia Avenue during the season. The once grand “Crystal Ballroom” dance hall, was enjoyed by thousands. Unfortunately, it burned to the ground in 1968. A community recreation hall was built in its place. Although, the “Beer Garden” still exists as part of “Anthony’s” at Navella and Byram Streets. Also, the pool remains as a nice reminder of the days. It was a sad day when the park discontinued in 1951, but, many still reminisce about the wonderful times. As a result, we will continue to grow and develop as we have in the past as a pleasant suburban residential area – and a great place to live!

~ photos from the Historical Society of Berks County archives

Our appreciation to the sources listed below for allowing us to share some stories of Lower Alsace history.

– courtesy of, and used with permission from Paul A. Druzba, author of “Neversink: Reading’s ‘Other’ Mountain”. 192 pp. 2003 Exeter House Books